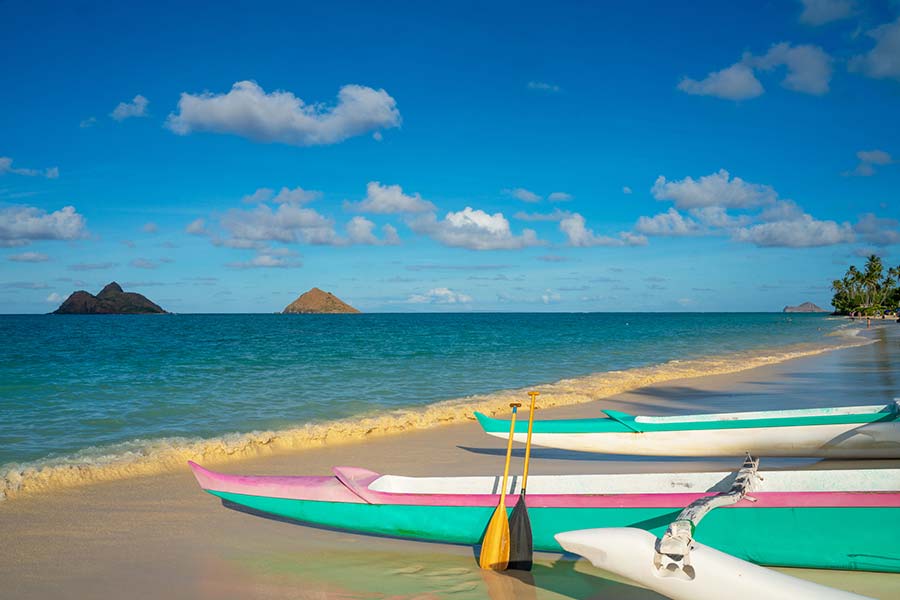 While not as well known as Waikiki or the North Shore, Oahu’s southeast and east (Windward) shore beaches are worth exploring. Windward means the eastern side of the island as wind blows east to west on Hawaii. The area also receives more rainfall than other parts of Oahu, creating lusher, greener views.

Here are just a few of our favorite beaches on Southeast and Windward Shores:

Hanauma Bay is one of Oahu’s most incredible natural resources and one the best places for snorkeling on the island. In Hanauma Bay, it’s much more about the marine life than that beach life.  With over 300 different species of Hawaiian fish, it’s easy to see why it’s considered the perfect snorkeling destination.

At the base of Koko Crater, Sandy Beach is a popular stop for tourists looking to explore lava rocks and with locals for body surfing and bodyboarding.  But keep in mind that the waves can be dangerous. If you’re not looking to get in the water, it’s also the best place to fly a kite on Oahu.

The crescent-shaped Kailua Bay offers long stretches of white sand and blue waters, and unlike Lanikai Beach, Kailua Beach Park has bathroom facilities, beach showers, and picnic tables. With nearby Kalapawai Market, it’s the perfect spot for a beach picnic.

Book a tour to explore the best windward and South Shore beaches or get a ride to the beaches on your own with a local rideshare service like holoholo.