Things to do in Hawaii

Heiau are Hawaiian temples dedicated to the worship of traditional Hawaiian gods. They were built in varying architectural styles according to specific locations and purposes. Under the pressures of Western influence, traditional Hawaiian religious practices officially ended in 1819, and many heiau were intentionally destroyed, while others simply fell into disrepair over years of neglect. Some heiau have been restored and are open to the public as historical attractions. These are some of the most popular Hawaiian temple tours:

Ku’emanu Heiau is located on a beachfront opposite from a renowned surfing break. It is believed this temple was dedicated to surfing and that chiefs and kings prayed for good waves at this heiau. The break is still popular among surfers today, and the heiau offers an excellent view.

Reconstructed in the 1970s, Ahu’ena Heiau was built by King Kamehameha in 1812 upon his return to the Big Island. Kamehameha the Great dedicated the temple to Lono, the god of fertility, agriculture and peace and lived his later years there. This heiau is a historical site where Kamehameha I died. It is also the site where Kamehameha II officially renounced traditional Hawaiian religious practices and where he later welcomed Western missionaries to the islands. Ahu’ena Heiau can be seen during a beautiful stroll along the beach.

Pu’ukohola Heiau is part of a National Historic Site and is maintained by the National Park Service. It is one of the largest heiau in Hawaii. Kamehameha the Great built the temple in 1791 after a priest prophesied that he would unite the Hawaiian Islands under his rule if he built a heiau to the war god Kuka’ilomoku on Pu’ukohola. By 1810, the prophecy was fulfilled as King Kamehameha did indeed rule all of the Hawaiian Islands. Today, visitors to the heiau can attend the annual Hawaiian Culture Festival held in August to celebrate traditional Hawaiian customs, food, music, games and art. At other times of the year, Pu’ukohola, the “hill of the whale,” is an excellent vantage point to watch humpback whales off the coast.

Mo’okini Luakini Heiau is one of the oldest temples in Hawaii. Dating back to 480 AD when the first Polynesian settlers arrived, this temple is an official National Historic Landmark. For centuries, this heiau was closed to all but the Aliʻi Nui, the highest chiefs who were said to be descended from the gods. At Mo’okini, the kings and chiefs prayed and offered sacrifices to the war god Kuka’ilomoku. In 1978, the Kahuna Nui, or High Priestess, rededicated Mo’okini Luakini Heiau and lifted the restrictions so the temple could become a center for historical and cultural learning for the public. The temple is also a short hike away from the birthplace of Kamehameha the Great.

Things to Bring with You

Hawaiian temple tours are a must for visitors who want a taste of Hawaiian culture and history. IMI Tours can guide you on your adventure through the mists of time on the Big Island. The Hawaiian Heiau-Temples are part of IMI’s  Kona History and Culture Tour, reserve your tour today or find more about things to do in Hawaii.

If you need a ride, consider holoholo – a local rideshare service in Hawaii. 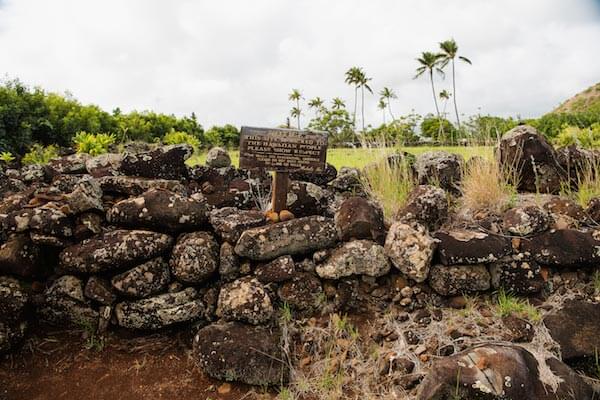